Cats & Dogs: How Many Are Allowed? 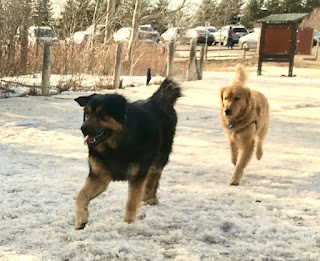 In the context of residential tenancy law, the ownership of pets and keeping those pets upon a rental complex sometimes causes significant problems for neighbours and landlords.  There is little dispute today that a landlord, in Ontario, may indeed choose not to rent to a person with pets.  There is no prohibition against a landlord screening out prospective tenants because of pet ownership.  Equally true, however, is that once a tenant is in possession of an apartment, a landlord is not able to terminate the tenancy, nor require the tenant to get rid of the pet.  The law allows tenants to have pets regardless of any lease condition wherein pets are prohibited or even where a tenant signs an agreement not to have pets.

The right of tenants to have pets is not unfettered.  The pets must not become a nuisance, those same pets can not interfere with the reasonable enjoyment of the premises by other tenants or the landlord.

A tenant is also required to maintain their pets in accordance with law.  This means that a tenant must look after their pets, properly feed, clean, and care for them.  Failure to do so would qualify as an "illegal act" under the Residential Tenancies Act--as the concept of illegal act under the RTA is broader than conduct that is criminal in nature.  Also, a tenant is required to meet the licencing requirements that are applicable in the local jurisdiction (city, town, municipality).  Failure to abide by the requirements of any such by-law would also be grounds for termination of a tenancy.  An example of an Animal Control By-law (for the City of Ottawa, Ontario) may be found here.

One of the questions I often get from clients who are landlords is how many pets can a tenant have.  There are some people who manage to accumulate a large number of cats and dogs and just the sheer number of these animals in a rental complex can affect the character of the premises in such a way that the landlord feels it necessary to take steps to control the situation.  The answer to the "permitted number" of animals is not set out in the Residential Tenancies Act as this act is silent on the issue.  If a landlord were compelled to use only the Residential Tenancies Act to deal with the impact of the number of animals owned by a tenant the landlord would have to make the case under more general sections of Act dealing with substantial interference with reasonable enjoyment.

However, many landlords will have another manner of approaching the issue of the number of cats and dogs in a rental unit.  Help is found in the Animal Control By-laws of the city, towns, villages, municipalities or townships in which the rental unit is located.  For example, the City of Ottawa, restricts the number of pets (cats and dogs) that are owned to a total of 5 (combined cats and dogs).  If a person owns only dogs, the number is limited to 3.  If a person only owns cats, the number is limited to 5.  Details are here--section 50 for number of dogs, section 65 for number of cats.

What is most helpful about the City of Ottawa Animal Control By-law is that it clearly reflects the serious responsibility of pet ownership.  The scope of the by-law is quite broad and I think it clearly reflects and tries to deal with the problems and issues that commonly arise from pet ownership.  Everything from registration, care, medical attention, number of pets, stoop and scoop, leash laws, roaming cats, micro-chips is addressed.

In my experience the thoroughness of the by-law is useful in that a problem tenant (i.e. a tenant with too many pets, or whose pets are a nuisance) is likely breaching one or more provisions of the Animal Control By-law.  The breaches of the Animal Control By-law very easily becomes legitimate grounds for termination of the tenancy under the provisions of the Residential Tenancies Act.  Furthermore, the existence of the by-law makes it possible for landlords and neighbour tenants to file complaints with the City for investigation and prosecution.  City involvement has the benefit of potentially solving the problem or alternatively providing evidence of illegal activity (i.e. acts breaching the by-law), which the landlord can use as evidence in a hearing against a tenant.

Any answers provided are intended to reflect the Law of Ontario, Canada. The answers are not legal advice and no one should rely on the answers provided as legal advice. The answers are intended to be general information about Ontario Law and are the personal view of the author based on the limited facts provided to the author. The answers may not be legally accurate and may indeed be contrary to the law of Ontario. Answers and conclusions drawn may have been different if facts had been shared that have not been disclosed in the comment/question. This blog is intended to assist people in learning about Ontario Landlord and Tenant Law. However, if you have actual legal problems this blog should under no circumstances replace proper legal advice obtained by retaining a lawyer or licensed paralegal to advise you. Nothing in this blog, comments submitted or answers provided, gives rise to a solicitor and client relationship. Comments are published as submitted and commenters should be aware that if they identify themselves in a comment that their identity will become public upon the comment being published. Comments that have been published may be deleted upon request to the author.

The content of this article and any responses to comments are intended to provide a general guide to the subject matter. Specialist advice should be sought about your specific circumstances.